Are Your KPIs Driving The Correct Behaviours? 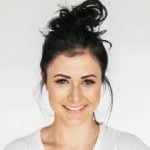 It’s the last month of the year, a time when Key Performance Indicators (KPIs) and targets are being discussed in meeting rooms around the world. At the risk of sounding dramatic, this can be a tricky time – the KPIs being set for 2022 can make or break a company.

I am a true believer in KPIs. After all, I work on them with my clients every day. Every organisation should measure their performance and keep a close eye on whether they are making progress towards their goals and strategic priorities. However, I’ve seen how badly designed KPI’s or the wrong targets can affect outcomes.

We once worked with a telecommunications company that received a bad grade for its customer service. The puzzling thing was that on paper, the department was meeting its target to resolve all trouble tickets within 24 hours.

We later discovered the reasons why. And it wasn’t due to stellar service. Employees were simply closing trouble tickets that weren’t resolved within 24 hours so that they could “meet” their KPI!

When we looked through their call records, we found one case of a poor man who’d called 15 times for help, but his ticket was shelved each time. Imagine what this was doing to their brand reputation.

Another example was at an insurance company where agents were given a KPI to sell 30 policies a month. Many agents, once they had sold 30 policies, hid extra policies sold and only submitted them in the beginning of the next month because there was no incentive to sell more than 30 policies a month.

Although the employees at the insurance and telecommunications companies technically met their KPIs, in one instance they were damaging the business and in another, they were not motivated to perform beyond the target.

This is one of the problems with incentives and KPIs. If there is a cap, people often just give up when they reach it.

But the most dangerous result of badly-designed KPIs is when it gives a company a false sense of security.

In the course of my work, I have had clients who proudly boasted that they were performing at more than 100%.

This usually makes me suspicious because even the most advanced oil refineries on the planet struggle to reach 97%. And most process industries hover around 80% to 90%.

When a process plant is running at greater than 100%, what we find is that the equipment has been modified or upgraded for more output, without changing the measurement standards. And as a result, everyone is bamboozled, including the CEO, believing that the company is killing it with fantastic performance.

In one process plant that claimed that they had 110% efficiency, a technical impossibility, we found out that they just had their equipment upgraded. However, they hadn’t upgraded their expectations. When we fixed the standards, the equipment was actually running at around 75% efficiency. Comparing the performance of the plant after the upgrade with pre-upgrade numbers did not give them the true picture of how badly the plant was actually performing.

Unfortunately, we also encounter companies fudging the numbers – it can happen in all sorts of industries, and the consequences can be disastrous.

In construction projects, cash flow is based on the completion of building quantities. It can be measured with measurements such as tonnes of steel and miles of pipework.

Some commercial teams overclaim on the quantities early in the project to ramp up the cash flow to make it look like the project is profitable and doing well.

But then what happens when you get to the later stage of the project? There are no quantities left to claim, so, the project starts running out of money – and this is when we start to hear of budget overruns and unexpected delays et cetera.

This is short-termism and hiding from reality – all in the interest of cash flow. If they had controlled performance and tackled the fundamental problem of cash flow from the beginning, the chances of hitting their targets would be improved.

Every organisation wants to set KPIs that incentivise employees to perform better.

However, badly designed KPIs may end up reinforcing the wrong behaviours, as we have learned. This can lead companies down the rabbit hole of lost productivity, bad morale and ruined reputations.

How do you want them to perform? Are your KPIs encouraging that good behaviour… or are they making them act in ways that will result in bad outcomes?

It can be challenging to predict human behaviour, which is why I believe KPIs should always be monitored and changed when the situation demands it.

Krishna Paupamah has worked with companies globally to transform their business for over 35 years. He is the Founder and Group CEO of Renoir Consulting. He can be reached at [email protected]renoirgroup.com.

This column was first published in Business Today.

Culture Eats Strategy For Breakfast
Maximising the value of finance functions through big data
Should you be benchmarking? Probably not.